15 Himalayan Salt Benefits That Nobody Told You About

India is a home to a lot of naturally occurring substances that can help in improving the quality of human life, in general and human health, in particular. One such substance that is to a great extent Unexplored yet is the Himalayan Pink salt . Himalayan salt is a type of naturally occurring salt. It is a type of Rock salt that is found most commonly in the Himalayan mountain belt and other regions of North India and Pakistan. In India, it can be found in areas near the foothills of Himalayas, a few hundreds kilometers away from Amritsar. Chemically, it is a form of Halite and occurs as a Pinkish Red, crystalline structure. The pink or Reddish hue is considered to be due to the mineral rich composition of this Himalayan Rock salt. It is considered particularly rich in Iron. 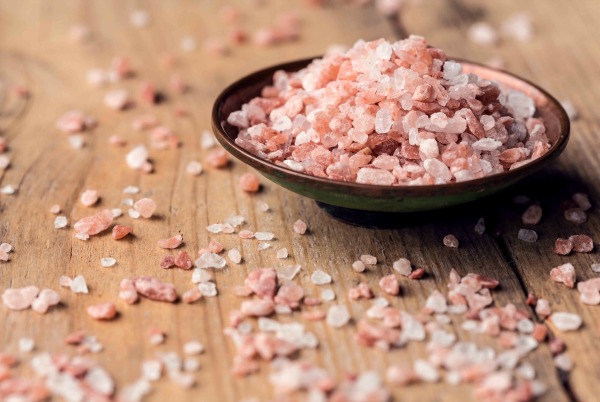 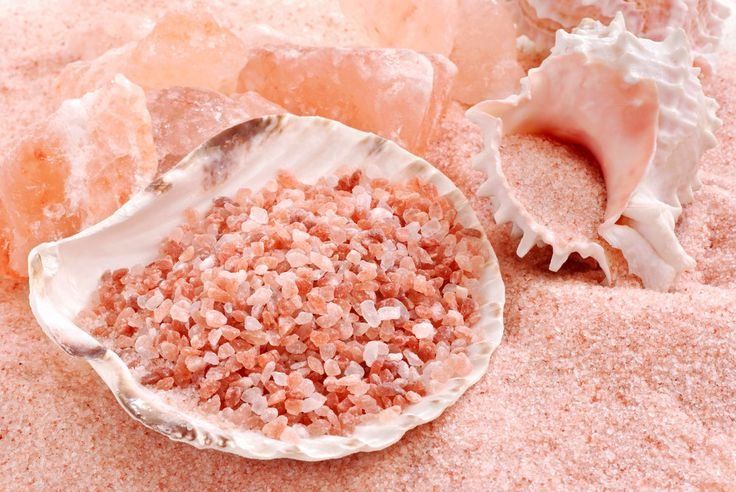 Read below to know about the various health and psychological benefits that the Himalayan Rock salt is able to provide.

There are few categories of food which are rich in vitamins, while certain others are rich in fats and yet another class is rich in carbohydrates. Each of the nutrients has it’s own functions in Human body. Minerals have their own functions to perform, as well. These are required in minor quantities in order to carry out very specific functions.The Himalayan Rock salt is found in form of a naturally, occurring crystal that packs nearly 85% sodium chloride and 14% of  other trace minerals like magnesium, calcium, potassium, bicarbonate, bromide, borate, strontium, and fluoride.

For instance, sodium and potassium helps in maintaining the proper fluid levels in body. Zinc helps in faster wound healing and has anti acne properties. Iron has a very vital function of helping in formation of hemoglobin in our body. Hemoglobin is a substance that imparts the Red colour to blood and helps in transport of Oxygen to various body parts. The “heme” part of hemoglobin is made by incorporation of Iron molecules in it’s structure. The Himalayan Pink salt, when consumed regularly can help in replenishing and restoring your body’s Iron level and prevent the occurrence of Iron deficiency anemia in a safe and natural way.

Also, within the crystalline structure of Himalayan Pink salt are enclosed other minerals like Sodium and Iodine. These work in perfect coordination with each other to produce a synergistic action. That is, these work better, as a combination, towards improving and maintaining your health than they would work, individually. 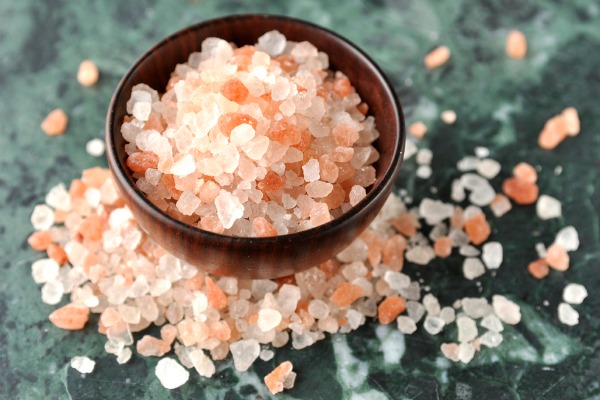 Himalayan Pink salt contains Iodine so it can help those who suffer from Iodine deficiency or goitre. Also, it is better than table salt for those who suffer from higher blood pressure as lesser sodium means lesser fluid pressure in body. A regulated amount of sodium in body means , lesser fluid retention so, lesser swelling in feet, too. If you wake up early morning to find your eyes looking all puffy, it would be ideal for to to switch your table salt with Himalayan Rock salt.

Since, Himalayan sea salt is rich in so many minerals, it helps in positively creating an electrolyte balance in body and also contributes towards maintaining a proper level of fluid intracellular as well as extracellular. So, that there is a balanced amount of water in both these compartments of body.

Since, it regulates minerals in your diet and ultimately, your body fluids. It is also found to be helpful in maintaining the pH balance, which is an acid- base balance, basically. It does in reducing gastric acidity and helps those with gastric esophageal reflux disease by reducing acid reflux. 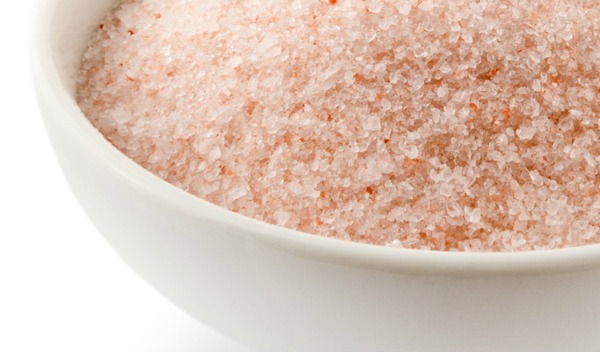 It helps those who suffer from repeated muscle cramps and spasms. So, if you feel cramping in your leg muscles while sleeping or while exercising. Using Himalayan Rock salt for bathing and as a part of your diet could help you.

It strengthens your bones too and makes them less prone to injuries and fractures. So, this is particularly helpful in growing children, whose bones are in formative stages.

Also, ladies in their middle age can benefit from it after their menopause.

Consumption of Rock salt also helps your intestines to absorb nutrients properly from whatever food you eat. This is important as digestion consists of many steps or phases. Assimilation is the phase when your intestines derive nutrition out of the digested food and then expel the rest. It helps in Improving your blood circulation. So, it should be consumed by those suffering from blood pressure fluctuations and diabetes.

#12 Flushes Out Toxins From Body :

It also helps in removing and flushing out toxins from the body by dissolving and segmenting them in the body. It is especially helpful in getting rid of heavy metal toxins from your body. A toxin free body has a better ability to regenerate itself from the day to day wear and tear. So, indirectly, Himalayan Rock salt has anti ageing properties. The anti ageing effect reflects on your skin, too as delay in the appearance of fine lines.

It also helps in enhancing the quality of your sex life by increasing your libido. So, if you have a low sex drive, you can try consuming Rock salt in your diet. 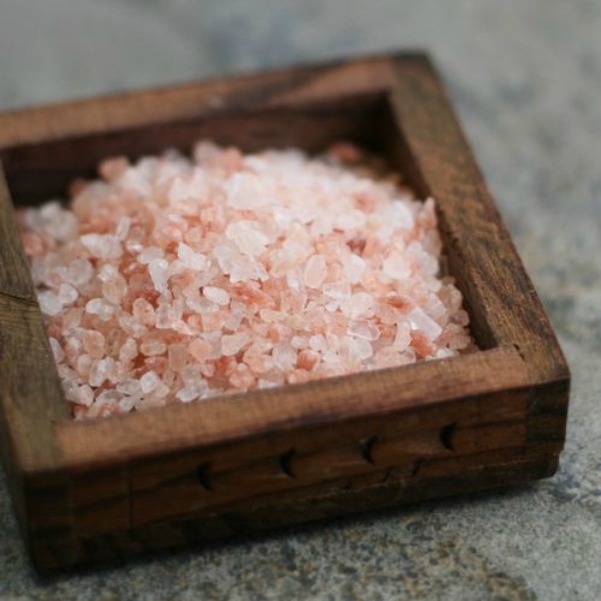 Himalayan Pink Rock salt has been found to have natural anti microbial properties so, acts as an immunity booster for your  body. So, it helps those people who are prone to catching seasonal upper respiratory tract infections during changing weather.

You may use Himalayan Pink salt as a bath salt. Doing this gives your aching muscles a relief and also detoxifies your skin. Add a small chunk of this Pink Rock salt to the bucket of your bathing water. 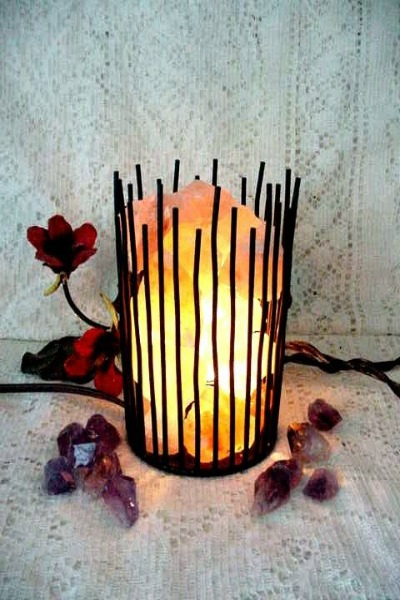 Himalayan rock Salt lamps, when stimulated by a heat source, generate negative ions. These negative oins are considered to be good for our health. The Himalayan rock salt is also able to absorb bad smell molecules and humidity from the environment. In a way, a Himalayan Pink salt lamp is able to absorb toxins from a given indoor environment to make the air cleaner and fresher.

There are studies that suggest that an environment that is charged with negative ions is fresher. For instance, the  air near a water fall or after a heavy rain Storm, where the nature generates a lot of negative ions, is cleaner and fresher. In environment, which has negative ions, the air borne bacteria are much less likely to survive. So, people who use Himalayan sea salt lamps are less likely to suffer from and spread respiratory infections like influenza.Use of Pink salt lamps has also been found to benefit those suffering from bronchitis and asthma.

A respiratory allergy occurs when, the air contains some substance that the person is sensitized towards. The presence of such trigger factors leads to initiation and accentuation of symptoms of respiratory distress like: Sneezing, coughing, dyspnoea etc.In those suffering from chronic respiratory allergies, use of Himalayan Rock salt lamps has been found to be useful, too. So, using these salt lamps also reduces the manifestation of allergies like problems in breathing, coughing etc to a great  extent. After reading a few user reviews, I got to know that people have noticed difference in their symptoms within a span of a few days to weeks. Now, that is commendable. Is not it? 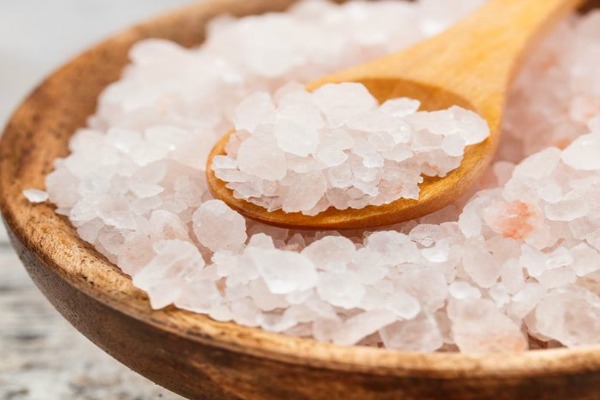 #15 Calm Your Mind and Decorate Your Room :

Apart from the ion part, these Pink salt lamps emit lights in various hues of Pink, Red and Amber that is soothing to the eyes as well as calming to the mind. These act as a kind of visual therapy called colour therapy.Different colours are supposed to affect your brain in different ways. For example, Pink boosts the feeling of love and belonging. Orange increases the feeling of cheerfulness and vibrant. Red and Amber help in improving your sexual drive.

Initially, you can start with two lamps per room and then you may even increase the number. Just like plants, the more these lamps are in number, the better it is for a cleaner environment. So, these can be used to detoxify and purify the air of your room.

I am quite sure that after reading the above article, you must have got to know a lot of new facts about the Himalayan Pink Salt which has been preserved extensively in our very own country.